Triumph has unveiled a special edition of its café racer-styled Thruxton that comes in a sportier version of the classic British design. The renowned motorcycle manufacturer has given a decent re-design to the 2010 Thruxton SE that features modern engineering combined with a retro sports look. Its production is set to start in the spring of 2010. 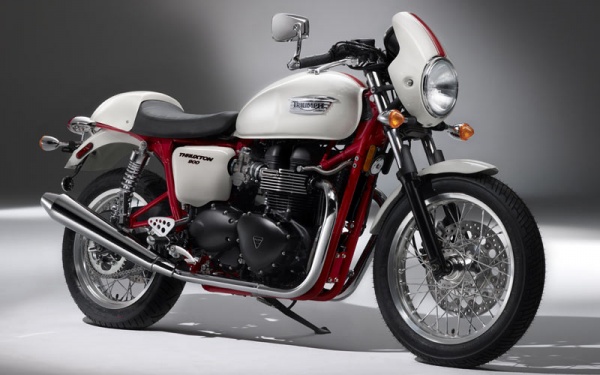 The new Thruxton features a lot of styling specs to impart the sporty looks. What catches everyones first glance is the stunning red frame and the Crystal White bodywork with a red stripe. Furthermore, a blacked out engine case and a color-matched, factory fitted fly-screen enhances its looks.

The Crystal White paint contains a huge amount of metallic content which gives a luxurious paint finish. When combined with the red powder coated frame it creates a striking contrast which makes the overall work look appealing. Both the colors are new from Triumph and a first time feature. 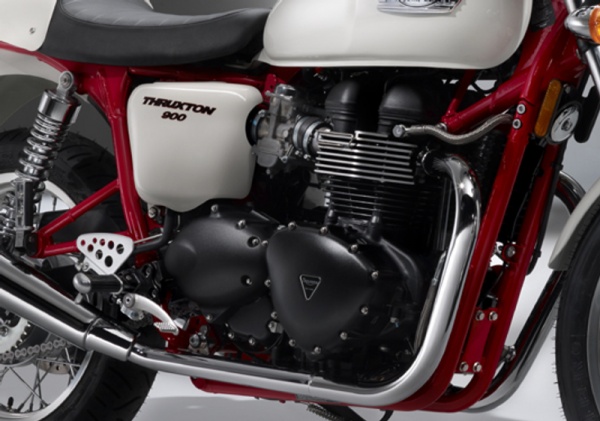 The power plant that drives the bike is the 865 cc parallel-twin Thruxton Special Edition. It is named after the famous British racetrack which finds itself carved in golden letters in the pages of the history of Triumph. It was the track at which Triumph had a dream run of success in the 1960s. The fuel-injected drivetrain is the best of Triumph’s “Modern Classics” range, producing a power of 68 bhp at 7400 rpm and a peak torque of 51 ft-lb at 5800 rpm. 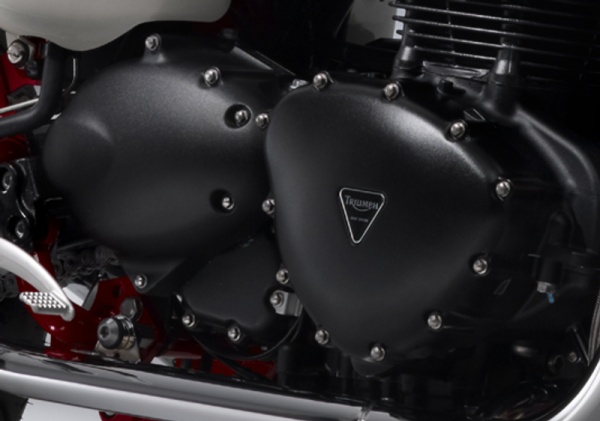 The engine shares the Bonneville’s 360-degree firing interval but also features a compression ratio of 9.2:1, hotter camshaft profiles and megaphone-style exhaust pipes. To commemorate the Ace Café and the racing streets, Triumph has provided Sporty, low-rise bars, 18-inch spoked-wheels and a race-inspired stripe from tank to tail.

“The Thruxton has long been a popular choice among motorcyclists wishing to experiment with custom paint, and the factory special edition introduces two premium colours to the Triumph range for the first time,” said a company spokesman. 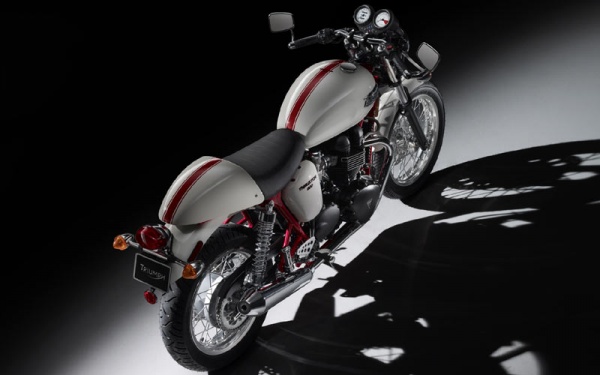 Prices of the Thruxton SE are still to be confirmed, but the manufacturer says that it will come at a small premium over the regular edition Thruxton, which costs around $9,000 or £5,500.

They tried too hard with this one.

Posted via web from Mike's posterous